Bites From Inside A Book Tour 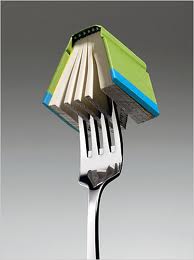 When my book became an Indie Next pick in October and I wound up as a first time author with a thirty-eight stop book tour I was feeling nothing but lucky. It was sort of like being the fairy princess of bookselling. Only then I went on the actual tour.

It was in all ways bigger. And harder.  And, especially, more wonderful …  than I could ever have imagined.

Luckily it was all about the books. And despite sitcom travel, and time zones that made regular work sort of a hot mess, the books , and truthfully the food, saved my life. Imagine getting to go to all of the best bookstores in the country and talking to expert frontline booksellers about what else …  books! I was on the all book channel all the time. And then the food—book people love three things– to read, and to talk about what we read and we most often do it, apparently, over long leisurely meals. Because in every single city I had the best sandwich, or the best breakfast, or the best …  you get the idea, of my life. One after another. And so now I can humbly present my list of the most fabulous bookstores in America and the restaurants they introduced me to.

Brookline Booksmith served up Neptune’s Oyster in Boston where the “really good oysters and the buttermilk johnnycakes” were. Oyster calories do not count. I mean they are so little and you eat them so fast. Besides the real calories were still coming my way.

Pretty soon I was reading in Portland at the great Powell’s Books where I did my thing and then rushed off to Screen Door where a southern chef cooks collard greens and hamhocks that will make you wonder if you are in the Mississippi Delta. There was a pimento cheese appetizer followed by a porkloin roasted in a root beer glaze. I went back to my hotel room with the new Pat Conroy and stayed steeped in the lowcountry for a few more days.

Princeton New Jersey is home to a really great Barnes and Noble with a shiny new space and a whole bunch of boosktore sponsored reading groups. Plus my friend and agent, the estimable Rosalie Siegel, lives there. So I knew we were gonna eat. The small plates place is called Mistral and the smoked papperdelle with Brussels Sprout pesto and chestnuts next to an apple butter glazed duck must be what heaven is like. It was a table full of book people and we were all in rapture over the great fall list. We wondered about the new Scott Turow and if Grisham still sells a boatload. We talked books and ate until deep into the night. We toddled off full and satisfied in all the right places.

Seattle’s Elliot Bay offered perhaps the weirdest recommendation. Head out of town over the bridge to Paseo Paseo. So trusting in the wisdom of my bookseller I did. And there I ate a sandwich called the Caribbean Roast which was a toasted baguette spread with a messy cilantro aioli and filled with tender slow-roasted pork shoulder, pickled jalapenos, and big, juicy loops of caramelized onion. Best sandwich of my life–hands down. I dripped goo all over Death of Santini.

Somewhere in here I need to mention my launch party at Vermont’s own Northshire Bookstore. The staff there threw a wine and cheese soiree and my family followed it up with a big party with lots of local Vermont chefs contributing. There were gorgeous little corn quiches from Chef Kate at Village Roots. And the corn chowder from Chef Lindsay Martin was in keeping with the turning autumnal theme. There were mini tenderloin sandwiches with a rich local Bayley’s Hazen Blue, from Jasper Hill Farm. And for dessert we had fudge dipped apples from Hick’s Orchard beside a bright roaring bonfire. It was the perfect beginning from my favorite bookstore in all the world. Many of us could not live up here in the north country in January without the thoughtful camaraderie that is the Northshire.

I should also shout out to Left Bank in St Louis one of my very own former bookstores and the B&N in the county as well. Both drew warm, freindly, cheery crowds even in the midst of the Cardinal’s World Series. I got to go back to old favorites like Dressel’s for a perfect rarebit and the best pub chips anywhere. South City Diner was serving up the old meatball omelets and the whole weekend was a tasty trip down memory lane with sweet friends old and new.

A few days later I left Denver’s Tattered Cover with the coveted engraved bookmark with my name and book title and the date commemorating my visit and aimed for Beast and Bottle. Filled with Pacific Northwest hipsters this nose to tail joint served baby parsnips with a peppercorn panna cotta next to pork served three ways that included a braised pork belly that I have since twice tried to copy because it was so good.  I actually daydream about it still. That night I switched to Donna Tartt’s Goldfinch and almost missed my plane to LA  the next morning as a result. That woman is the best kind of storyteller, slow and steady with lots of happy side trips that are just as much fun as the main ride.

I had a teensy little nervous breakdown after a mess of bad flights that included a broken shoulder strap on my carryon, one lost laptop, one lost phone and many lost credit cards. My husband decided to drive me to Buck’s County til I seemed sane enough to be left alone with the knives again. We were headed to a Barnes and Noble in Lancaster Pennsylvania where the booksellers knew all of their customers and the best restaurants for a hundred miles besides. And that’s how I wound up on a romantic date at a place called Honey eating something called Fire and Ice, which was crab served up with a spicy carrot sorbet. This thing defies explanation. It was wonderful beyond all belief and so were the glazed short ribs with the ginger ice cream. This whole hot/cold thing helped me get my legs under me again and that night we read out loud to one another from the new Norman Rush. Sanity restored I was trusted to go San Francisco by myself.

There is a little place that the women at Book Passages all raved at back in San Francisco called Mission Cheese. In the middle of a very urban neighborhood I sipped a silky Grenache and quaffed down a comforting potato cheese raclette with house made cornichons that made me warm and sleepy. I finished Norman Rush the night before and because of all the food had picked up a new cookbook called Le Pigeon Cooking at the Dirty Bird. It has a whole section on “ little birds” and its own entire foie gras chapter. Unfortunately it only made me hungrier.

I hung out in San Francisco for a bit because I was there and, why not? So on another night I got a memorable dinner at Frances where Chef Melissa Perello had people lined up at 5 PM just to get on her wait list. I ate at the bar and the bartender who had once doubled as a bookseller by day kept me company. He recommended the baked clams and the new Amy Tan which were both winners. This book tour was surely not making me skinnier. I soaked in Tan’s strong women and decided I could in fact be brave about the lost laptop (which eventually Seattle airport security found and sent home to me) missed work calls, and sheer exhaustion dogging me. I never used to have jet lag. Maybe I was too old for this shit after all.

The tour had started weeks before in New Orleans at the Garden District Book Shop where the great food writer, Julia Reed, wined and dined us at practically every Donald Link restaurant there is. We had lunch at Peche and dinner at Herbsaint. There was even take out from Butcher where, really, he had me at the meat case. This guy can cook. His meals are layered and rich and there is nothing subtle about his flavors either. The lamb cheek at Herbsaint may have been the best bite I ever put in my mouth. (Til, well, you know, all the rest) Everyone at our table made sounds that you don’t normally hear in public from book people. No one noticed though since every other table was filled with people making those exact same sounds. I started the tour with Walker Percy and ended it with Amy Tan. I gained about ten pounds. But, oh honey, it was so worth it….

Now when does the one for the next book start?