August 16, 2010 by Ellen Stimson in Family, Living With Intention, Summertime 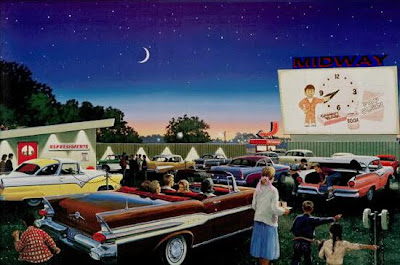 Not much summer left and this one was a doozy. Some things we planned didn’t happen and a bunch of things we wished would never happen did anyway. We were on island for a bunch of weeks in a row. Mornings were spent with Pippi and Gracie at the doggie beach and the joy I felt watching Gracie run ahead and wait for us at the top of the dunes is something I will remember always.

Then Eli got sick. Sick for real. There were lots of scares and tests before the Lyme’s and Babasiosis were diagnosed. There was some hospital and hotel with AC for the worst of the fevers and a long recuperation. But along the way we read an Al Capone novel together, drank buckets of iced chai and discovered a spy show that brought us hours of fun in bed and pretty soon back on the porch of that hotel. He’s fourteen. More out on his own in a pack of kids on bikes and at movies than spending time with us. So this little interlude will hold us in good stead for the teenage stuff that is surely coming. Scary. Didn’t want it, but made the best of it.

And then Gracie got sick. The timing just after Eli seemed unlikely to be a coincidence. But it was. She died in just three weeks of a virulent juvenile Lymphoma. Gracie Goo and Pippi too had been our refrain. Now we take Pippi everywhere to keep her busy and to distract us from the fast sadness that swept through here.

Stuart is fifteen. We’d figured he would be next after Eloise. No one could have predicted this pain. It was so wrong. Horrible.
And yet there were those sweet weeks on the doggie beach. She’d loved the Vineyard as a puppy and got to love it one more time. She and John were close in the special way we get with animals every once in a while. We choose them and then they choose us and she and John were a pair. The bond between humans and their animals is ancient and profound and to lose it suddenly like this was a deep cut.

This family had already had a rough spring. In June with our college girl working on island, our oldest son working at his first job and getting ready to move out, and a new client on the Vineyard the island became neutral territory for us this summer. It was a space where we could come back together across the divide of hurt and trouble we’d shared last spring. We watched fireworks all together with champagne and crab in July and the awkwardness began to shift over to make room for the new memories we were making together. Then Eli got sick and everyone pulled in the same direction for him and then Gracie and so just like always this family came together with love and tenderness.

This past weekend we had a house full of friends family and a big summer BBQ. This was to be our annual drive-in party where we hang a king sized white sheet on the side of the house and watch an old silly summer blockbuster with a concession stand of Dots and Snow Caps on the porch. This year in honor of our island summer it was going to be Jaws. The whole thing was planned before we lost Gracie, but of course we went ahead. You don’t celebrate a life by stopping yours. Friends from NY and the island filled the bedrooms and by nine o’clock on Saturday night the yard was a picture of quilts and lawn chairs and you could hear the classic sound of the shark music way down in the village. It was a grand celebration with the people we love and who love us back.

We had moped and been sad, and we will undoubtedly do more of that. But the breeder told us that Graice had been guaranteed for three years and so here was a list of breeders from whom we could choose a puppy whenever we were ready.
Another Berner?
We’d spent months looking for this one with her Swiss lines and lovely genetic history of good health. Should we try again? Could we?
Eloise had been the dog of my heart and she’d had a full and happy life with us. Now Gracie had barely gotten out of her puppyhood, but she and John formed a bond that he will cherish always and we all so loved her rascally sense of humor and those happy treks on the doggie beach. Berners are so smart, so soulful. None of us can imagine life without one it turns out. And so we have begun looking at cute puppies all over again. There is a breeder in Canada with all European lines who lives with eight, yes eight Berners in her house. We will go visit and maybe in October….

I think you have to step in front of the fear to get to the joy.

This summer had doggie beaches and a ride on a carousel. It had a scary sick kid and a couple of clients who weren’t paying me but who still say they will in September. They better or there will be lots more to worry about.
There were movies in bed and a drive-in in our yard. There were breathtaking sunsets and a couple of days on a beach with my husband that I know I will still be thinking about when I turn 80. There was a kid who moved out and another one who found a summer love. There were sweet sugary peaches with juice running down my chin and googobs of tomatoes.
There were friends I missed when I was away and for whom I will always be grateful when I am here.
We lost Gracie. We had her and we lost her. We loved her big and hard and we are losing her the same way. But the thing is we did get to have her.
So this was not a perfect summer. Far from it. It was not the one I planned. But it was the one I got.
But look winter will be here a long time. And meanwhile there are still two weeks left of this summer. If we hurry I’ll bet we can probably get up to a little more….