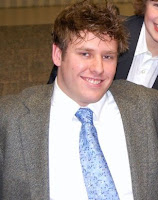 I met him 23 years ago, the year I was also 23. Everyone talked about what a young mother I was. All my friends were on their first jobs or deep into grad school. No one talked back them about aspiring to become a full time mom. It was way uncool.
But I did. I’d been playing with my babydolls and preparing for that moment all of my life one way or another.
And then I met him. It was love at first sight. He was wild. He didn’t sit still to get his hair braided like my dolls had. He no more wanted me to change his outfit than to have to sleep. I know that there must have been a time when he snuggled in my lap and was a tiny infant, but it surely didn’t last. Mostly what I remember from those early years was running. I was forever chasing him. He was always running or climbing up on some precarious edge looking down. This one broke his arm, his jaw, and his knee all before he was 11 in soccer, soccer, and a bike mess respectively.
But he had the most generous heart of anyone I knew. He once gave away his bike to a friend whose family couldn’t afford one because he’d after all had one all his life. He forgives easily and could jump higher than anyone else. He played basketball and soccer and once briefly baseball. He loves music of all kinds from spirituals to rap. He is chasing a college degree now and is only a semester away. Next he wants to head to the city, hang out in cool coffee shops, meet women, make pots of money, and promote the independent music he loves.
He changed my life and together we learned what these things called motherhood and childhood could really be like. You may get two chances at the whole parent child bond. I was determined that I was going to make the most of this second chance. And he showed me the way. He taught me about unconditional love. Because of him I have done some of my best and most creative life’s work.
This wild child taught me that kids come as they are. You water them and wait to see who they will become. Mine are all different. This one is a smart, thinking liberal, with a passion for music and little kids. He wakes up slow and goes to sleep even slower. He likes his music loud and his life fast. He loves video games and high end colorful shirts. He will eat anything, but really loves shrimp, lobster, and oysters. You’d think he’d grown up on the coast. He makes art that looks like he came of age in the sixties, He works hard and will do a favor for anyone. Of course he picks up hitchhikers and takes in strays. Of course he does, our big six foot three gentle wild thing…..
Happy Birthday Benjamin. These 23 years have flown by. I can’t wait to see what comes next.