Closer to the Light 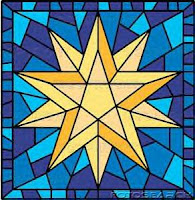 It was supposed to be a blizzard, and maybe it even was. They were predicting winds of up to 50 miles per hour, a biting cold just warm enough for googobs of snow, sleet, and maybe just a little hail to top it all off. And of course we were having a party.

It was our 20th annual Christmas party. The guest list has changed over the years, as our single friends became our married ones, then after the kids came we added families to our rotation. Now finally after moving 1000 miles away the whole guest list has turned over. But, if the people changed, the themes stayed the same.

First there was always lots of bad, but good party food. No vegetable platters for us. You felt smug while making those, but they always just wound up in the chicken yard the next day. Ours was a festival of debauchery. There would be tenderloin sandwiches with balsamic onions and blue cheese nestled against potato boats, and crab cakes. There might be fruit but it would have a dip made from cream cheese and fluff so it certainly wouldn’t count as healthy either. And there must be a cheese ball straight out of my mother’s 1970s kitchen next to mounds of fudge and thick chocolaty cookies. Christmas reminds us of our childhoods, and mine was filled with cholesterol.

We would all look shiny and festive, and there would be Christmas carols making anyone who even thought of poking fun at a schmaltzy Christmas know they were in the wrong house. The friends are always well loved and everyone’s kids are always welcome and part of the scene.

But this year we wondered if anyone would come. They were calling it the blizzard of 07. We felt like maybe we needed Rudolph to guide our friends over these mountain roads of ours. And the weather did come. We got about a foot and a half of snow and there was sleet and even hail for a while, so we had sort of an icy foundation. The storm made the news back in the Midwest. But apparently we have lived in these mountains long enough to know that if the wind doesn’t take out the power it is just wintertime in Vermont. The plow trucks were out doing their thing. They are an able army of big burly coffee drinking men who keep all of us connected through an invisible map they carry in their heads, keeping pretty perfect track of which roads need them most and when.
So almost everyone made it. They came late and stayed later, and we drank hot buttered rum by the fire.

Our friend Ame’s dad came. Percy lost his wife of 63 years recently and his memories of Nancy keep her alive for all of us. He is an older southern gentleman…a retired psychiatrist. He is easily the most elegant looking and bawdiest sounding eighty six year old you will ever meet. He offers darlin’ in two long syllables with an accent that makes me swoon, only it often accompanies some words you might not want to have to explain to your small children, as in “Oh darlin’ he was always just a cocksucker”

We considered canceling the party but the fire and the Christmas lights are often the only bright spots around after 3:30 or 4. One needs a tight marriage and friends held close on these long dark winter days. Percy has only recently moved to Vermont. But he already knows the secret of being happy here. I will tell it to you now. It is this. Go when you re invited. Get some good boots, drive slowly, take blankets, carry your own salt, but by all means… go where the light is.

Come to think of it that’s not bad advice wherever you happen to live.