July 22, 2012 by Ellen Stimson in Uncategorized 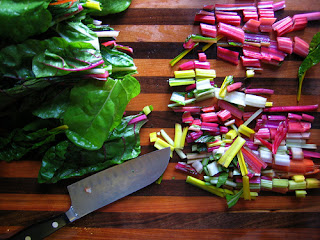 It has been some hot. Vermont doesn’t usually get much real heat. We call ourselves the naturally air conditioned state. No one has central air although the grocery stores are all selling window units right now out in their parking lots. And people have been putting them in their bedrooms and then eating supper on their beds. Monday I had to run to the store and I saw a whole aisle full of people loitering with the freezer doors open and their faces up close examining the packages.
We have two great gigantic attic fans that keep our house plenty cool on the five to ten nights every year when the temperatures climb a bit and the mornings are not crisp enough to blow it all away. There are always a few but this summer has been exceptional. We added some box fans to the mix. Eli has always loved a fan and we got him something called a Wind Tunnel 360 this year which he has blowing directly on his face all night long. It ruffles his hair and makes him happy.

John and I got one for our bedroom too for the first time ever. It makes kind of a humming noise just like the ones in my Grandmother’s house used to do when I was little.  She also had a trick of sprinkling a few drops of water on the bedsheets just before you climbed in. They were cool and barely damp and between them and the steady hum of the fan I would drift right off to sleep.
The gentle buzz of these fans makes me think of Gram and brings back memories of the popsicles she made too out of strawberry juice and peaches. Now I am thinking about dragging out the juicer and making watermelon juice followed closely by some watermelon popsicles. We associate warmth with comfort up here in the North Country. But it turns out that even warmth can be too much of a good thing.
A storm came in midweek and left behind clear cool skies. This morning it was sixty-six degrees out on the porch. Surely it will climb to the eighties but when it starts and ends in the sixties you are back to traditional mountain summer which is why all those city people drive up here on Fridays and why so many want to empty out their 401 Ks and stay awhile.
Summertime is for snipping basil in the garden and making bacon basil and tomato sandwiches slathered with just a little rich homemade lemon mayonnaise. The swiss chard has come in so it might also be time for a little quiche or pasta with all that tasty color thrown in. It is perfect for popsicles and watching fireflies. When January comes I don’t want to look back on this time and remember wishing it away cause it was too hot.  So when the heat comes back I will rely on popsicles and the wind tunnel. Meanwhile, back in the garden, there is some swiss chard out there calling my name