April 27, 2012 by Ellen Stimson in Uncategorized 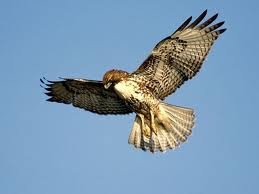 This time of year you just want to be outside. Vermont is a paradise of greens. These fresh lacy greens are climbing up the sides of the mountains and the lilacs are budding. Add all those birds singing and tulips blooming and it is impossible to stay cooped up. Literally. The chickens are waking up earlier and earlier and going in later and later. They are laying eggs like crazy. It is a festival of rebirth around here. After a long day on a tedious project and looking at all that shiny sunshine and goodness from inside I wanted to be on the other side too. I decided on a hot tub late in the afternoon so I could enjoy the rest of the light from a warm relaxing spot. I could see down into the chicken yard. So before I went up I scattered some corn and left over pasta. There was a cacophony of happy clucking and celebrating and then I headed for the water. Our hot tub is on our second floor balcony. It is secluded on the front side of the house facing the meadow. Since nobody was around besides me and the dogs I decided to take my clothes off and slip in. I grabbed a mango tea and settled back for a nice long soak. I could see Mildred and Mabel and Franklin perfectly from my spot. I was hidden behind the crabapples that reach up to the balcony. They were covered with buds and I watched a robin dad dip in and out for some stray bits for his nest. Then I heard the woodpecker. He was creating a happy riot somewhere in the woods. I scanned all trees looking up and all around. And then I saw it. Not the woodpecker. A hawk! He was circling right over our yard where the chickens were. They were utterly exposed out there and so completely committed to their pasta that they didn’t notice him. Even Franklin the usually vigilant rooster had his mouth full of noodle. I started yelling and splashing like crazy, “Hey you hawk…get out” It was ineffectual at best and he circled a little lower as if to prove it. Shit. I could see little Sally down there. She is an eight-month-old curious little bantam and I have been worried about her anyway. I never get bantams but this one had been a mistake and now, too late, we were bonded. She was right next to Naomi who she thinks is her mom. Oh god ….this was going to be awful. Screaming I climbed out of the hot tub, ran into the house, down the steps, out the front door, where I picked up a big stick, and brandishing it-ran naked toward the chickens screaming like a banshee “Noooooo haaawwwwk nooooo” The chickens, scared out of their little chicken wits ran clucking madly in all directions. I’d left the door open so the dogs chased after me barking wildly without knowing why. They must have thought there were terrorists or minimally intruders come to get us all. I got stopped at the gate with the dicky latch and so I screamed louder while I jiggled the handle. The hawk dipped, as if to get a closer look. He slowed into one of those lovely hawky glides they do and then calmly, leisurely even, soared off for saner pastures. I watched him fly away as I stood there at the gate, stymied by the latch, with my big stick, barking dogs and hysterical chickens, naked mind you….naked. In case you are wondering the chickens are fine.