October 24, 2011 by Ellen Stimson in Anniversary, Living With Intention, Love 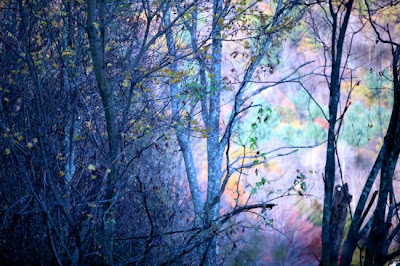 Twenty-four years ago the leaves were just turning orange and red all over the Midwest. The Cardinals were in the sixth game of the World Series and I was 25 years old and flirting with the cute guy at the middle of the bar. Luckily the Cardinals were losing or I don’t think he would have spent much time talking to me. That cute guy grew into a handsome man, married me and together we have made this rich life with these other people and animals we couldn’t imagine living without.

We would fall in love in a little hill town called Elsah throughout that first autumn and into the snows of an early winter. I would introduce him to my most important person in a forest of Christmas trees where we would choose the biggest one. He would squirt whipped cream into the mouth of my two and a half year old and they would continue to bond over soccer and music for the rest of their lives. Later he would bring me bread he’d baked with his Slovakian Grandmother and I would know without any crumb of doubt that this was the man I was meant to have. This steady loving funny man was exactly what I was supposed to be doing with my life.

We started together in a hip city neighborhood with Benjamin, his big wheel, two cats and a dog. More kids and animals would follow. We got married in a handfasting ceremony under our Christmas tree in a sweet homage to the forest where our family got its start. We would buy and start businesses and succeed beyond our ability to imagine back when we were two little blue-collar kids from Granite City. We would travel to England for soccer and Italy for love. Those were the fast driving years. We would get on planes to listen to the Blues. We would make some mistakes-both of us. He would go off on his bike wondering how his life got so loud and complicated. I would get on planes and sit in quiet restaurants and think about other lives. But along the way we got better and better at tending one another and as we loved each other better our family flourished. We found the language. We would learn to make long complicated happy meals. We would make some friends who would last and some who would not. We would always live in colorful houses filled with antiques where Ella and Van would be our soulful back-story. We picked up and moved across the country to a little mountain village in Vermont so we could be surrounded by beauty not just on vacation, but all the time. We discovered home schooling and started raising chickens. We nearly lost it all in a bad business decision and then got it pretty well back in a couple of luckier ones.

St Louis to Edwardsville to the sweet round nurturing mountains of New England….We raised Benjamin and made Hannah and Eli. Now we have Pippi and Oscar and Violet in this beautiful old restored farmhouse where we all live. There’s Zoe curled up at night with Eli and a houseful of chickens watched over by Franklin who wakes us up every morning. It’s still plenty loud and colorful but this second half is quieter–easier too. We leave the craziness to the teenagers. We spread out our blanket and watch the leaves twirl around above us. We walk in these old woods with our dogs. We head for the island in the summer to smell the salt and listen to the loons. We hold hands more and dance in the kitchen to some new Swedish band John found on Spotify.