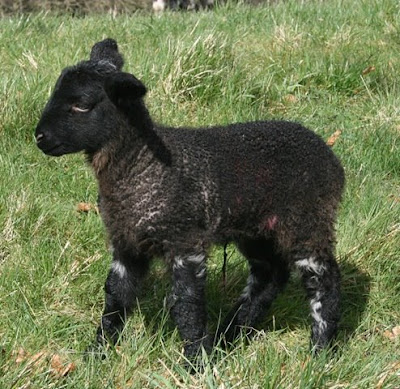 The decision has been made. Few will be surprised. We are keeping Charlie. We had sort of acclimated ourselves to this idea of fostering. But after calls to several area shepherds we knew that Charlie would be ostracized from the flock for at least a week, maybe more. Mama sheep would kick him away when their babies nursed. The farmer and his crew would ignore his pleas to help him more quickly be accepted into the flock. Without his buddy Daisy he would surely be bereft. His health might suffer and his weight would drop. That’s if everything worked out. Then in mid to late summer he would go to market. Somehow we had agreed we could avoid thinking about that and consider instead only the lovely childhood he and Daisy would have with us. We wouldn’t interfere in the next phase. He came from an ethical farm and we would not judge the outcome. But, now without Daisy there would be this sad interim bit. We couldn’t do it.

But neither could we keep him as a single lamb. He is lonely and sad. These are flock animals He is back in our kitchen because we cannot bear for him to sleep outside alone. One night Hannah slept next to him in her sleeping bag. One night I brought him up to our bedroom. Another night John dragged Stuart’s therapy bed, (It was supposed to be for Eloise. She rejected it. But it is huge. Stuart takes up one tiny corner like a king terrier), and a blanket and slept on the floor. Charlie sleeps soundly so long as anyone is near. Last night it was Eloise. The night before it was Pippi. Everyone is taking a turn.

So John and I drove to Montreal and talked about the ethical implications of the fostering of this now single lamb. Do we have an obligation to consider what the lamb would want if he had a vote? Recently I was reading a book by a fellow whose dog had unaccountably fallen for the breeding ram who was there to mate with his ewes. They had seemingly become best friends, but he wouldn’t consider for a moment letting Darryl the ram live on his farm, no matter that he and Rose had created a rare cross species relationship. I wondered when I read that whether humans have any moral obligation to recognize the preferences of our animals. Now here was the question right in front of us.

We never really wanted sheep. And we are clearly not cut out for fostering. We don’t have a real barn. Our yuppie chicken house doesn’t count. But we do sort of relish the idea of sheep munching in the yard next to the chickens while the dogs nap in the sun and the humans play a little badminton or while away a few hours on the porch. There was that mile long walk in the woods with Stuart and Pippi, Zoe and Charlie. He stayed right with the group like he had been doing it all his life. But what about the garden? Charlie is a high jumping Cheviot. I’ve been told there is no fence that would keep a North Country Cheviot out of a garden. Well, we only really loved the basil and tomatoes. Maybe we could just do a container garden up on the balcony. We have been walking Charlie all around our smallholding every day. He seems to be learning where he can go and where he cannot. Will we be able to train these sheep to stay with us like the dogs do?

Sheep. Two lambs and you can start saying sheep. And that is what we decided….to find another bottle baby. It will be hard in the short run to start this whole baby nursing thing again, getting up at night, and cleaning up the inevitable messes. But bottle-feeding should ensure cheery domesticity. We have spent the last two days calling shepherds all over Vermont. Do you have any bottle babies.? A ewe would be nice. So long as we have to start over a little chocolate or black one would be cute. We aren’t going to breed them, Charlie cannot stay a ram anyway, so mixing breeds won’t matter.

Tomorrow morning we are headed to Rutland to meet a shepherd from Middlebury halfway. She has a little black Dorset ram. Nobody had a ewe that was either A a bottle baby or B more than a week old. Starting over is one thing. Starting way back there was another.
We are going to have sheep. The whole family is considering names. I like Clarence and Edgar. Franklin is being considered and Louie was in there for a while. Somebody likes Harry and someone else likes Ruben.