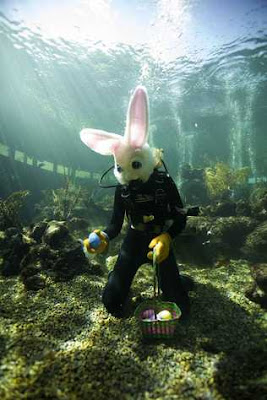 There is something about Easter…. One year we were having a bunch of people over for brunch. I was up late cooking the night before when the door fell off the dishwasher. I had a little single sink back then and the dishwasher was an indispensable part of life. Now I am not married to a handy guy and he is not married to a handy girl. So we called Dave West who was the handyman that we kept on retainer at the time…(Some people have lawyers on retainer. We have always, as far back as anyone remembers, had a handyman. We live in century old houses and we cannot fix stuff. Enough said.)
Dave was planning on going to Sunrise Service the next morning, but coming as I do from a long line of over reactors, I am not calm in a household crisis and so this made us particularly good customers, so it was easier for him to come that Saturday night. He ambled over about nine o’ clock in his jeans and cowboy boots. He said we needed a part, but he thought he could get the door back on and get us through a few wash cycles if we turned this screw every time, held this button in, and closed it real gentle like.

We did and it made it until the part came on Wednesday.

Another year our living room ceiling collapsed. There was a leak behind the jacuzzi wall, which was had been silent and unseen, but dripping steadily until BAM, on Easter morning the cleaning gave way. It was raining in the living room over a new sofa covered with wet moldy plaster with about 15 people on their way after church for brunch. I was barely one skip ahead of a fit. We had just moved into our house in St Louis and didn’t even know where the water turn off was. Eventually we found it and a plumber who was glad to come out on Easter Sunday at double time…(over time was time and a half, plus another half for holiday)

He futzed around for a couple of hours until he isolated the problem, solved it and wished us well in finding a plaster guy to repair the ceiling. He was there so long, that he helped himself to some Easter brunch in the middle and we all laughed, (I have had lots of practice at dramatically recounting our misadventures), and everybody sat in the other end of what was thankfully a big room. The dining room got a lot more use for r a few days too.

This year it was the toilet or the tulips depending on how you tell the story. Our toilet was stopped up…with tulips.

We were having another one of those ill-fated brunches and I was cooking lots of food ahead the day before. While cooking I was also puttering and picking up various parts of the house. The cleaning lady had been the day before, but some things you have to do yourself. There were books, half read and discarded in every room, which needed to be repatriated to the shelves. So I was carrying an armful of books toward the library and I grabbed some new soap from the linen closet to put in the guest bath along the way. I passed my desk and noticed that some of the tulips were a little droopy, so I shifted the books to my other arm and pulled out the errant stems. I got the books back on the shelves into the right spots and headed for the guest bath with the soap and the tulips. Now I had custard on the stove and not much time so I decided to have a pee while I was in the bathroom anyway, but I still had all those damn droopy tulips. I didn’t want to throw them in the guest trash. As John always says “oh no we can’t look like we live here when company comes, we better clean out the trash cans”
Of course he says this with a little dripping sarcasm, but I don’t care. Nobody likes to look at your trash. So, worrying about the custard that I may have left too long, I tossed the tulips into the toilet with a passing thought that ‘oh what the hell they were bio degradable,’ Well weren’t they?

Only apparently they got caught round the pipes and the thing wouldn’t flush and so begins this year’s the saga of the Easter toilet.

John sweetly offered to go and rent an electric snake making no mean comments along the way about the tulips. There aren’t a lot of people up here and getting a plumber the day before Easter wasn’t going to be easy. We have a handyman, Rick, but he also has a grass cutting business, and so Saturdays in the spring he is swamped with spring clean-up. With Easter coming the next day he would be running hard. And of course, John was being very thoughtful. He could see the wild look in my eyes that I get when the holiday begins to go pear shaped. I knew that operating an electric snake might not be quite within his unhandy grasp, but he’d been so very sweet about the tulips, and our options were limited. He rented one for the bargain price of $25, read the directions, and got down to business. The directions had said to wear leather gloves, but John, figuring gloves were gloves, grabbed a rubber one our of the utility closet, which promptly got caught in the rotor, sliced open three of his fingers, (he only has one hand), and that was the end of the electric snake.

Next we called Irma. She is our cleaning lady and her husband Ron is a handy type who looks after houses for the second homeowners. I explained our predicament and he came right over where for only $50 he explained that John had gotten an industrial snake too big for the pipes. He also sluiced a little vinegar and baking soda down the drain and left us with a still overflowing toilet and muttering that what we really needed was an auger.
John is nothing if not game. He went to the hardware store, bought an auger for only $40 and came home feeling a triumphant anticipation that he after all was going to solve the damn problem.

After several minutes of hope when he actually got the auger in the toilet, we were left with a flooded guest hall, and these horrible black scratches all over the inside of the toilet when I finally started calling plumbers. We found one who was in the bathroom for about a minute and a half when he came back out and said “all fixed, that’ll be $150 ma’am”. I told him that for $150 he really should go back in and stand around and at least pretend that it was a little bit hard. He laughed and called out Happy Easter as he climbed back into his truck. Happy Easter indeed….