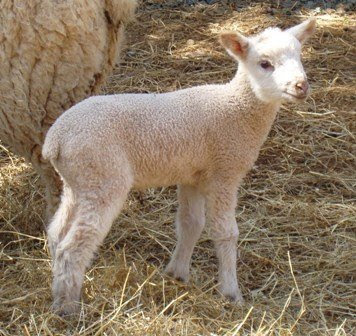 John planned our Sunday. He had an inspiration. He called Peter and Ame, parents of Eli’s pal Will. They have a sheep farm with 80 newborn lambs. Hannah was here for the weekend and she loves baby lambs. Who doesn’t?
We pulled on our boots and headed for Pawlett where the oldest flock of sheep in Vermont live on the sweetest little hillside in the whole state. Many times we have pulled over and admired those sheep grazing up there in the wide green grass just above the mighty Mettowee River. It is one of Vermont’s prettiest spots.
We pulled up their long drive and climbed out of the car to a racket of ba ba baaing. There were still about twenty pregnant ewes on the hillside and a couple of proud rams looking like they could run the world. Inside the barn were sixty or so mamas and all their adorable little lambs. A couple of mommies had mastitis, and couldn’t nurse. One had given birth to triplets and was snuggling them all but relieved when the bottles came and gave her a break. Two mommies had died during child birth and all told there were about fifteen bottle babies waiting for fresh bottle recruits. There is no finer way to spend a spring day in Vermont than feeding a newborn lamb its bottle.
Can you imagine how this idyllic story turns out? We were in the car with our seat belts on when Eli quietly said ,”Will said I could have a lamb to raise”
We all looked at each other.
After all it is spring and spring makes us a little bit silly up here.
And we do have a heated chicken house.
Plus Eloise could probably use a little Hospice lamb. There wasn’t even any discussion. We turned right instead of left and headed up to their house. When we got out of the car Peter asked us if we’d forgotten a lamb. Before long he persuaded us to take two. When we bring them back the flock will likely not accept them immediately, but with a buddy they won’t care and will fit back in quicker.
We are fostering a little girl and a little boy, now named Daisy and Charlie. Charlie was born yesterday and is a little wobbly and very very tiny. His mom was old and died in childbirth. Same as Dasiy’s did, only she is much more mature at four days.
As we drove away talking about the heated chicken house, Amy suggested that if we brought them in at night, (not that there was any reason to do bring them in, no no of course not), we might want to give them a bath.
They went into the tub first thing where a little Shea butter soap made them as good as new. They were whiter than we’d imagined. And oh my how adorable.
They played with Pippi, she chased them and then brave Daisy would do this little head bent down head butt and baaa and Pippi would back up and lay on her back and wriggle. Charlie would sniff her tummy and then the whole thing would begin again. We laughed and watched for an hour. It wasn’t long til Pippi was mimicking the head butt and we were all dying of joy. Eloise curled up and indulgently let them sidle up to her warm fur. Even old Grandpa Stuart grabbed a toy and started running around like a youngster. There is nothing like a little lamb to celebrate a fine spring day.
We did put them in the chicken house after their bottles.
We did.
For about an hour.
Then John and I went out to check on them and they looked forlorn and lost, not sleeping, but wandering around the edges. In silent agreement we each bent down, picked one up, and aimed straight for the kitchen. Hannah and Eli were watching from the windows. They are now curled up in the kitchen. Maybe we’ll let them watch Big Love with us.
I just reminded John that this was the outing he planned.
Uh-huh…baaaaa It’s spring. Hooray!