Two More Reasons To Be Married 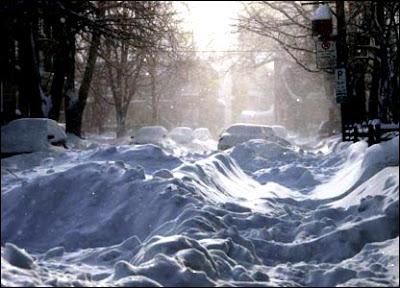 Forty-eight degrees. It was a heat wave here in Vermont this weekend. We better not get used to it. March is the second best ski month in Vermont after January. We get the bulk of our snow up here in those two months. And my bloggy friends were talking about flip flops in their part of the world this weekend. We surely weren’t doing that. It’s hard to justify flip flops no matter how silly you might feel, when there’s still three feet of snow outside your window. Melting snow, but snow all the same.

So here was the view on Saturday. The snow was melting on the long lane and driveway around our small holding, Underneath the plowed lane, just under those plowed and packed down three or four inches of snow, was a thick layer of ice. It was perfect sledding. Eli and his friends were out at midnight laughing and whooping it up on the icy path that they thought we’d somehow made just for them. It was warm and slippery and it was all plenty of big fun. Then we had to drive the car.

Now the car was bumped up against the snow drift on the passenger side. I must have pulled it in last, right up to the house, leaving myself a wide path on the driver’s side to get to the walk. Thus someone entering the passenger door would have to step into about four feet of snow. John and I were going out and he suggested I drive since the driver’s door was so prettily placed…. I backed up and he waded through a little less snow and got in.

Now there is a hill behind our house and the drive winds up that gentle hill and back around down our long wooded lane. Perhaps I didn’t have enough speed going up the icy hill. Perhaps speed wasn’t exactly the answer anyway. Maybe the hill really should have been sanded, only then we would have ruined the sledding. I climbed the hill, sort of, for a minute anyway, and then the car just slowly began sliding backward down the hill. Braking had no effect. We were in an uncontrollable backward free fall. I was breathing hard and saying “I have no breaks I have no breaks”. My stomach dropped.

Then my husband, that calm guy I married, offered this… in the same tone of voice he uses to ask me if I’d like a little more coffee…..”Honey we aren’t hanging over Niagara Falls. This is our yard. We’ll hit one of the snow drifts.” Which of course was exactly what happened.

We traded places. He spun the thing around and we drove calmly out the same way we came. Will we sand it? Eli and his friends vote no. John adds that spring is surely coming and there is only a month or so of really good sledding left. And so maybe we won’t. I’ll back out into the turn around and skip the hill and the boys will sled like maniacs into the next snowstorm.