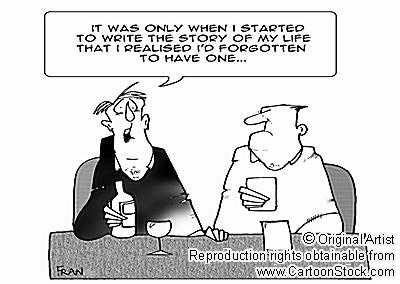 I started making new year’s resolution lists the year before we moved to Vermont. I wanted to live with intention here in this new country life we had chosen. And I knew from my business life, that a to do list was the most surefire way for me to accomplish what I needed. So I made that first list and then I reviewed it at the end of that year and made a new one right next to it in the little daytimer that I carried with me everywhere. Since 2002 I have these resolution lists of things I want to manifest in my life and at the end of year there are reviews that show me how it is going.

Sometimes things get skipped and put on the list for next year. Eventually some of those fall off. I had ‘reduce vulgarity’ on there for at least three years before I realized I must like vulgarity. Oh I wish it didn’t trip off my tongue accidentally, and so reducing it would effectively eliminate the errors. And in fact as I write this I realize I might even put it on again.

Our first year here my resolutions were vast. We had to settle this whole family into this new life and I had lots of plans to get us there. At the end of the first year I realized that we had done most of it. Everybody was settled into a school, had made friends, and we were living in a place with few people and no malls and we had found new ways to spend our time. We all read even more than before. There were few restaurants and so we cooked big elaborate meals together. Our relationships with the pets became more intimate and they and we benefited from the deeper connections. We played games together, and we spent time in the woods and on the mountains. Our bond to the natural world was beginning. We made lots of errors, but we learned from them. Our cars were outfitted with blankets and flashlights for winter and we learned to plan our routes and tell each other which ones we were taking in the deep snow. The next year we bought the horrible quaint country store, (THQCS), only it took us a while to realize how really really bad that would wind up being, and so the resolutions for a while still included things like to learning to knit, writing more, and homeschooling Eli. Pretty soon Hannah had to choose a college, and Benjamin had to choose a new one, and it was our job to help them find the right places and then to settle into them. Each year our lives were there in the planning stages and in retrospect many of those plans led the way.

For a couple of years now there has been one about figuring out how to live in Italy for a year. This is a long term wish like moving to Vermont started out so many many years ago now. But it has been right along side getting out from under THQCS. Because one of the best things I have learned from living more slowly up here, is that when there are crummy things that need your attention right now, hurry up, this minute, you must also keep the sweet pictures and work toward getting back to those or they will disappear.

Too many people live the lives that happen to them. They live in a place because it is where they are from or where they went to college, without ever having made a really conscious choice in the matter. Or maybe they made one years ago that no longer fits. They date the people who ask them out, marry the one who asks, and they make friends with the people that are around.

John and I wanted to choose. We wanted to live in a place that made our souls sing. We wanted to find friends, even if they were in different geographical areas, that spoke to our hearts. We wanted to live lives that were informed by our values. We love our family and wanted a life that afforded us lots of time to be together. (So for a while I traveled like a maniac to get us out from under the financial morass of THQCS, but that wouldn’t suit us very well for long because it didn’t serve the main value. It had to be an interim fix) We are politically liberal and we wanted to incorporate politics into the mix with our kids. We wanted to find ways to earn our money that would be informed by our values. We believe in giving and so we needed to find philanthropic avenues that would enrich our lives and teach our kids about the values and satisfaction in giving. We love to travel so that had to be in there. And we believe that one of the reasons people come to earth is to learn, so we wanted to live lives rich with possibility.

Living with intention doesn’t mean that you ignore the sirens or the emergencies. Sometimes things will happen that will take you off track, like THQCS did us. But you must stay attuned to what you value and what you want, so that when the siren calls stop and the flames are put out, you can consider whether the life you are living still fits your values and your needs.

This year I am going to add one word to my list. I don’t know what it will be yet. But it will be a word that I want to keep with me all year long, like forgiveness, or maybe slow, or joy. This will be a word that I will read and write about, and think on when I am at the waterfall instead of worrying about whatever new problem we have all dreamed up for ourselves. I am choosing my word now. Hopefully at the end of a year with it I will learned to understand it better and have incorporated more of it into my life.

Meanwhile happy new year to us all. May this year bring us all a little bit more of what we want and all of whatever it is we need to live lives of intention and joy.