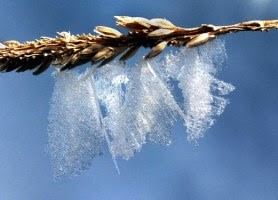 Who decided to make it January? It has been snowing a little bit most days now for more than a week. We are keeping the fire going and the wood closet full. Temperatures hit the teens by mid day, but we wake up to single digits and we are all wearing our heavy woolen socks. I have a shawl permanently tattooed around my shoulders. Baby it’s cold. The birds aren’t evening emptying the feeders. They are frozen and wondering just what the hell has happened around here like the rest of us.
For those folks who were waiting for one more warm afternoon to finish raking, well their fate has been sealed. They now have crackly icy piles of leaves which will kill the grass forever and mark them come spring for the slackers they were.
We hadn’t even brought down the big basket of hats and gloves, scarves and mittens that sits in December and January like a big round cuddly bowl of warmth in our mudroom. The kids have been wearing sweatshirts and shivering because it just isn’t time. This is supposed to be the part where we cook pots of chili and toss the football around on Sunday afternoons, or build bonfires at night and roast marshmallows while we watch the kids and dogs run around the fire. We are not ready for frost on the windowpanes.
Sage goes with late fall and just the very beginning of winter. November conjures squash with buttery sage and carrots and potatoes next to cabbage with a little caraway and dark beer. A little heat maybe to jumpstart the day, but not a boiler creaking on all day long… world without end.
We northerners usually feel smug about winter. We endure. So then our summer is all the sweeter for it. We put on another layer and walk in the woods with the dogs. We are sure our minds are sharper and our conversations a little more clever for the hardship and the cars loaded and ready for anything that might happen out there. We feel brave and strong and proud. We secretly think all those blue skies and sunshine down south must make the people soft.
We don’t succumb to big fat milky cocoas and pans of fudge until February at least, with the exception of those little jolly bits in December. But start winter in November and we are all thrown off. The wrought iron furniture is even still on the terrace. That’s because during the bonfire portion of the season there are usually a few nights when the warmth of the fire is enough and people linger, hanging on to the very last moments before winter is here for good. But if these little flurries keep up we will have to admit that it came early this year for real. That furniture will bow under the weight of three or four feet of snow no matter that the North Carolina manufacturers say it is winter resistant. They must mean a southern winter not one made in Vermont.
We had frost flowers this morning. And when I let the dogs out there were three deer down in the meadow. They have been driven out of the woods by the hunters. We added a salt lick to the meadow and since it is so cold so early, we added a couple of bales of hay and I brought in oats to fatten them up for this early cold. They are safe here just above the village. No one would dare shoot them in our meadow and so I feed them with impunity. One of the does made a nest from some of the hay. It was as if she understood that the woods weren’t safe and this warm bed might just be as good as it gets. I’ll lay in some straw for them tomorrow. I guess I’ll wash all the hats and gloves and admit to my myself what the deer have already figured out. It’s winter. It’s time to start getting serious about staying warm….