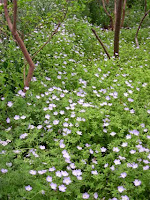 I can just imagine the headlines: Rainforest Tours in Vermont! The little local newspapers are always on the look out for the quaint or the quirky and unfortunately we may just qualify….again.

It has been raining up here for days. July recorded the highest rainfall of any July since 1800 according to the Fairbank’s Museum in Waterbury who keeps track of these things. They say that the Farmer’s Almanac used to keep the records and going way back it isn’t until the year 1800 that there was more than this. We have had over a foot just in July alone. Typically July boasts only two or three inches. And of course this was the year that we planted our first ever humble little vegetable garden.

I had been feeling pretty smug about our charming small patch. Oh, every couple of days I would let two or three chickens into the garden where I would sprinkle corn on all the weeds. They would root around and scratch and eat, and by noon the score would be chickens one hundred and three/weeds zero. Burt everyone has heard the old phrase ‘mad as a wet hen”. Well, chickens like other feathered critters do not like to get wet. Thus they have been particularly perturbed by all this rain. It gets down into their feathers and can cause sickening mold growing bacteria to form. Chickens understand this inherently and run into their house at the first sign of a drizzle. They are known for sunny day dust baths in the pine needles where they can get dry down to the ends of their quills. So no coaxing or bribing would entice any chicken worth her salt into the garden when the air is green and smells like rain. Nevermind that I would hustle them right back into the hen house if drops fell. They don’t trust my promises and nothing has been enticing them out.

So my garden has fended for itself. And now it looks like a very pretty and quite wild rainforest has sprung up out there. The tomato plants, all heirloom, some of them are now nine or ten feet tall. The Swiss chard and the zucchini blossoms are trailing out of the fence and this morning I found an accidental 2 foot long zucchini that had been hiding I swear until just today. I found some English beans that I had forgotten about, but I cannot find the Romaine anywhere at all. I had a hankering for a Cesar salad for lunch and there was gobs of Romaine out there just the other day so I know damn well that it is still there. Only where is the question. There are hundreds of green tomatoes waiting for a little sunshine to turn red and ripe. The basil has big frothy fans of Queen Anne’s lace growing up and all around it. The Lace is a couple of feet high and it is choking the basil bushes. It was not there last weekend. Well, it wasn’t! And there are these lovely white flowers everywhere absolutely chocking the life out of everything else. A few inches of rain, no chickens and the thing looks like something maybe I should call the Smithsonian about. Steven King could plot a whole series of weird plant related killings out there. There are these tall blue scratchy things that I don’t think we planted. They are everywhere. And they have thorns. On the plus side the butterflies seem to like them, so this morning I pretended I put them there precisely to attract butterflies which after all are a nice addition to any garden. And then my feet got tangled up in some gnarly winding thing that has obliterated our neat little blue rock paths and I slipped and fell in the mud. Sitting there contemplating the havoc I discovered a huge head of cauliflower that was not visible at my former height. The aforementioned monster zucchini was discovered from that same slippery vantage point.

Nearby stands our cheerful satisfying little chicken house. It looks like a child’s drawing of a house with big red doors and green peaked roof topped off by a crowing rooster weathervane. Inside sit my weeders cackling and clucking and doing nothing much at all about the mess just outside their house. I went in there this morning aiming to carry a couple out and force them by God to weed. After all they had their favorite left over spaghetti for breakfast. It was time they earned their keep. Only just as I started sprinkling the corn the rain started in again. It was coming down sideways by the time I got back inside. Now, looking out the screened porch I think I just might spy the Romaine. It is next to something that looks like Brussels sprouts. Huh…I forgot all about those….