We’re Not In Kansas Anymore 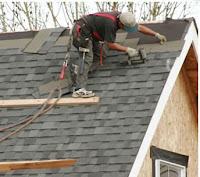 Here’s something they don’t tell you before you move to your northern isolated beautiful mountain paradise. Winter is loud. First there are those silent snowfalls and you are deeply in love. You stand amidst the tall pines watching millions of those fat
flakes fall and swirl to the ground. There is so much beauty amidst so much action that the silence in comparison is amazing. Then too there are those bright blue days when the temperature is five below, and through all that cold sunshine you can see for miles when the air is so still and so quiet that you find yourself using words like awesome, that the kids use for good pizza, but that you used to reserve for Christmas Eve and singing silent night with a baby in your arms. At first winter is a quiet lover and you cannot get enough.

Only after you have been here a while, and are no longer just a weekender do you get the real story. Because in between those cold weeks, are days when the temperatures climb into the 30s and the ice on your slate roof begins its secret melt. And them one evening, just as you are settling into the tub it happens. WHOMP. The sound of the ice sliding off your roof makes a hurricane seem quiet. Windows rattle. Slate tiles fly off too of course which is why the roofers all have such big cushy houses. Your animals hide under the beds. You run outside, and a sheet of ice narrowly misses taking off your arm. You run right back in. Sometimes a shutter gets hit, and hangs lopsidedly the rest of the winter waiting for repair. You can’t fix it because the day after it hits there’s a cold snap and an ice storm, and climbing is perilous again.

The wind storms too are louder than anything you every imagined even growing up in tornado country. We are in a high valley surrounded on all sides by these sweet round nurturing Vermont mountains. But the nor’easters that you hear about on the news were invented here, and being in the middle of these mountains you are in a real live wind tunnel. The wind whips around the house. It yawns and moans, and if the temperatures are even a little mixed, you get wind and ice melting at the same time, and it feels just like your house is falling down.

So, it’s true okay, yes….our first winter here I called 911 and said that err, umm, my roof was falling off. I did. But, well, it was. Huge piles of slate were piling up. I couldn’t let the dogs out. We moved our cars to the bottom of the hill and fought our way back into the house. I watched and worried, even as the fire in the fireplace blew itself out. It seemed like maybe the end of the world or something. John was visiting Benjamin at college and Hannah and Eli and I were huddled up and I felt unable to protect us. Then I began to fantasize about small towns and community action. I imagined all those strong Vermont firefighters pulling up and lashing big sheets of something strong to my roof to protect my newly restored farmhouse. I figured they all must admire us for buying this old 1838 farmhouse and bringing it back to glory. We weren’t like those silly city people who moved here and built McMansions, and put all those ridiculous lights all over the property turning out the stars. No siree, I understood living with integrity in this beautiful place. Uh-huh. What was I thinking? I imagined some kind of Little House on the Prairie barn raising ceremony with men in flapping coats coming in afterward to have a cup of coffee maybe laced with a little whiskey to prepare them for going back out into the night to save someone else.

Instead, I breathlessly offered that my roof was falling off and the 911 person on the other end, asked me where I lived. I told him, and he asked, I swear I am not making this up, “Are you the folks that brought in those foreigners to fix up your house?”

Now, we did hire the same contractor who had restored our house in St Louis. But, we got bids up here first. Only there just aren’t enough people and the bids came with time estimates of 1 YEAR. We bought the place in December and needed to move in July. And our little boy has asthma and so do I. We could not live in the dust and mess of a construction zone. Literally we could not live there. So we hired our old contractor, brought in a crew of 16, rented them a house, and they worked two shifts per day for a few months and we moved in on time. And they stayed here, earned and spent here, and we thought we were helping the local economy.

Now my roof was falling off and I was being asked if I’d hired the “foreigners.” So I said yes, and while another big bunch of tiles crashed to the ground, WHOMP WHOMP, I explained about the asthma and the time, and my voice shook a little and trailed off in defeat. I asked the guy what I should do about the roof. He said he thought the local inn was open. He suggested I cover the furniture with sheets. But then, he seemed to take pity and he gave me his brother in law’s name. I thought maybe the brother in law was the closest volunteer Vermont firefighter whom I was supposed to call. I could feel the surging hope in my voice, “Oh thanks, your brother in law…??”
“Yeah, he’s a pretty good roofer…”