The Perils of Cheesecake 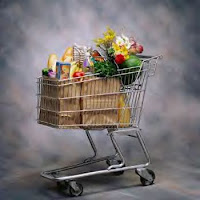 I used to live in the city. We told people we were moving to the mountains of Vermont for the beauty. And it was true. Plus… there was that whole armed robbery thing.

It was a Friday evening and I was doing the big grocery shopping trip for the next week. I had a full cart and was waiting at the checkout behind a man who looked a little unkempt and very worn out. He was buying a couple of those giant sized cheap beers and some cigarettes. He wanted cash back, and this was back before the days when we swiped our own cards. The cashier was explaining that his card wasn’t working and I tried to seem like I couldn’t hear. I was busily looking at the magazines when his voice got louder and he demanded that she try it again. She called a manager who swiped the card, handed it back and said, “no, sorry, it’s been declined.” The manager then just walked away leaving the cashier and the man both looking pretty dejected after he left. The cashier said he could try the ATM which was just a few feet away, and I offered to wait rather than have her erase the transaction. It failed too and he came back arguing about their stupid machines. Then he did a rather unexpected thing. He pulled out a gun and said he needed twenty dollars.

Now I was no longer looking at the magazines. My brain registered gun bad, running away, good. I saw the gun and immediately turned to try and run out of the check out line. This whole thing had gotten out of hand and I was not interested in being there if it got any worse.

Only I had a little problem. There was a tiny Vietnamese woman behind me with a big
full cart blocking my way. I turned and tried to scoot by her, but she wasn’t paying attention and really was engrossed in the magazines. And I have, er, um…,well, a rather ample back side. So what happened was, that it got, um.. my derriere, got..well… stuck…yes, stuck, between her cart and the gum. It was sort of wedged actually.

I forgot about the gun and tried wriggling around so nobody would see that I was stuck. There was a guy with a gun three feet away and I was embarrassed about my butt. I cursed and imagined getting shot all because of my big butt.

Meanwhile back in the other drama the cashier had frozen and nobody else seemed to notice what was happening. But the guy with the gun was nervously bouncing from foot to foot. And then I saw it. I was facing the other line behind us, trying to unstick my behind, when the cashier in that line, opened her drawer to give change to the person in her checkout line. So there I was, staring at a pile of cash and the choice seemed simple. I reached out, grabbed a bunch of it, turned back around the way I came and handed it to the hapless robber screaming, “HERE.. TAKE IT… RUN!!” Which he did. Promptly.

My cashier started to cry, the other cashier screamed that she was being robbed, and pretty soon the manager came back. The police were called, and as the story tumbled out they invited me to the manager’s office. Ridiculously, it seemed they thought maybe I was an accomplice. I called my husband, (who was alarmingly not as surprised as you would want your husband to be when you are being accused of armed robbery, but as he explained it, he’d been married to me a long time by then), and he headed out to meet me at the store, calling a lawyer along the way. Eventually an older policeman figured out that I obviously had nothing to do with it as I explained to him about my butt, and they realized also that the man had several times swiped his card, and if it wasn’t stolen, they had his name. I was released and found to my horror that they had replaced my groceries in the aftermath and I still had the whole big shop to do.

We went out to dinner that night. I skipped dessert, And now we live in Vermont.